By the 1840s the expanding New Town to the north of Princes Street had been drawing the wealthy away from the Old Town for some time, leaving the poor living in numbers and conditions difficult to imagine nowadays. Poverty was rife. This was the time that St. Columba’s was founded.

Our story begins in St. Paul’s, a rundown Episcopal chapel in Carrubber’s Close off the High Street. The priest, the Rev. John Alexander, campaigned amongst the advocates of the Law Courts in the High Street for support and subscriptions for a new St. Paul’s. How he succeeded and the subsequent history of St. Columba’s is told in detail in ‘A Victorian Church in Edinburgh’s Old Town: St. Columba’s Episcopal church in Context’ by Prof. Alan Harding, a member of our congregation. This is based on an extensive archive up to the 1970s deposited in the National Archives of Scotland, and then records to the present day in the church. 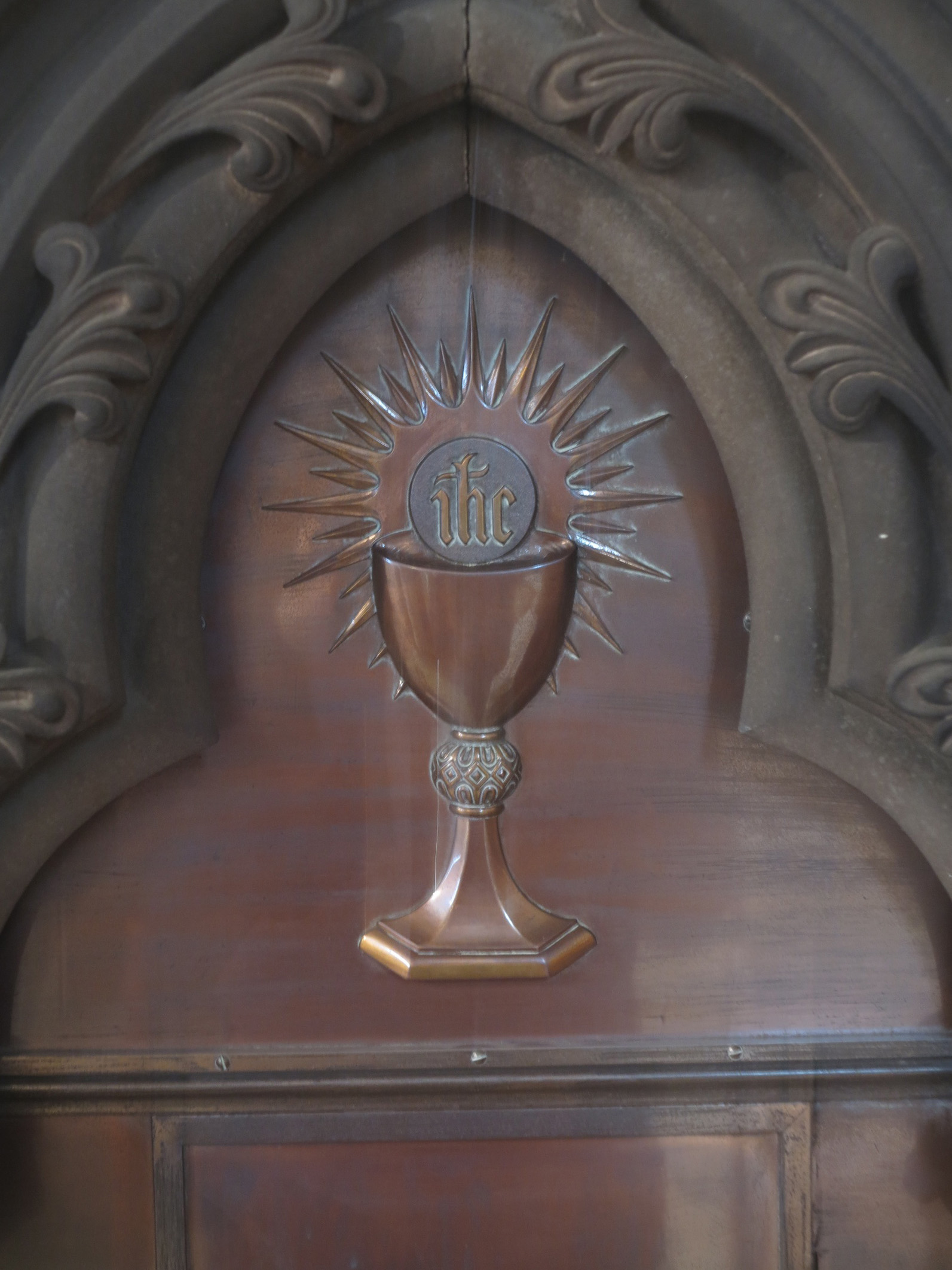 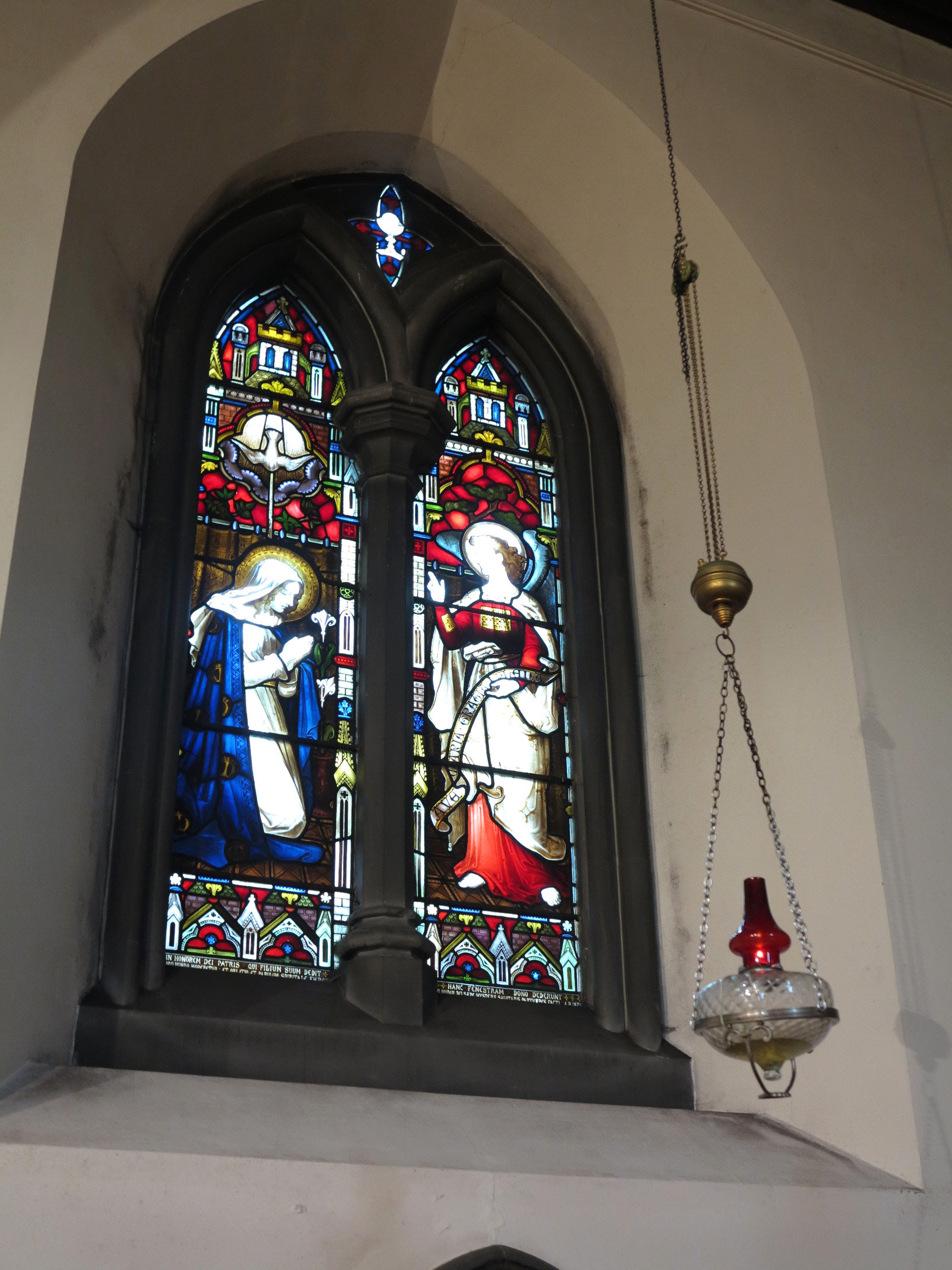 Influential Episcopalian families in Scotland and also England gave support to the idea of a new church and the present site on Johnston Terrace was agreed, partly because it was ideally sited for the day school beneath the church which fed and educated up to 200 boys and girls until the 1870s. The Rev. John Alexander had liturgical disagreements with some of the Vestry of St. Paul’s over the fact that his intention was to use only the High Church Scottish Communion Office, and in the end he led the majority but not all of his congregation to the new church, which was then named St. Columba’s because the move happened close to June 9th, St. Columba’s day 1846.

Throughout the church’s history our Rectors have brought different gifts, passions and attributes and all have left their mark. For much of the next hundred years the church, with the schoolrooms below in the early years (now our hall and garden), thrived in numbers and activity but was very poor, so that its rectors had to rely on personal or family wealth for their own living. When the Free Presbyterian Church a few doors away became St. Columba’s also, in 1907, our then Rector started adding ‘by the Castle’ to our title to try to avoid confusion and this is the name by which we are now officially known.   By 1949, however, slum clearance and population movement significantly reduced the numbers of people living in the immediate area, and St. Columba’s was threatened with closure. Pressure from members of the congregation persuaded the Bishop to reconsider, and the Rev. Mark Kemp was appointed to the dual post of Rector and Director of Industrial Chaplaincy for the diocese. He revived the congregation and made changes which gained St. Columba’s the reputation as the pioneer of liturgical renewal in Scotland. He was responsible for removing the Victorian rood screen, bringing the altar forward so that the priest could celebrate the Eucharist facing the congregation (one of the earliest to make this change), bricking up the East window which was in a state of poor repair and commissioning the mural of Christ in Majesty (still dividing opinion) from John Busby, a lecturer at the College of Art who was a member of the congregation. 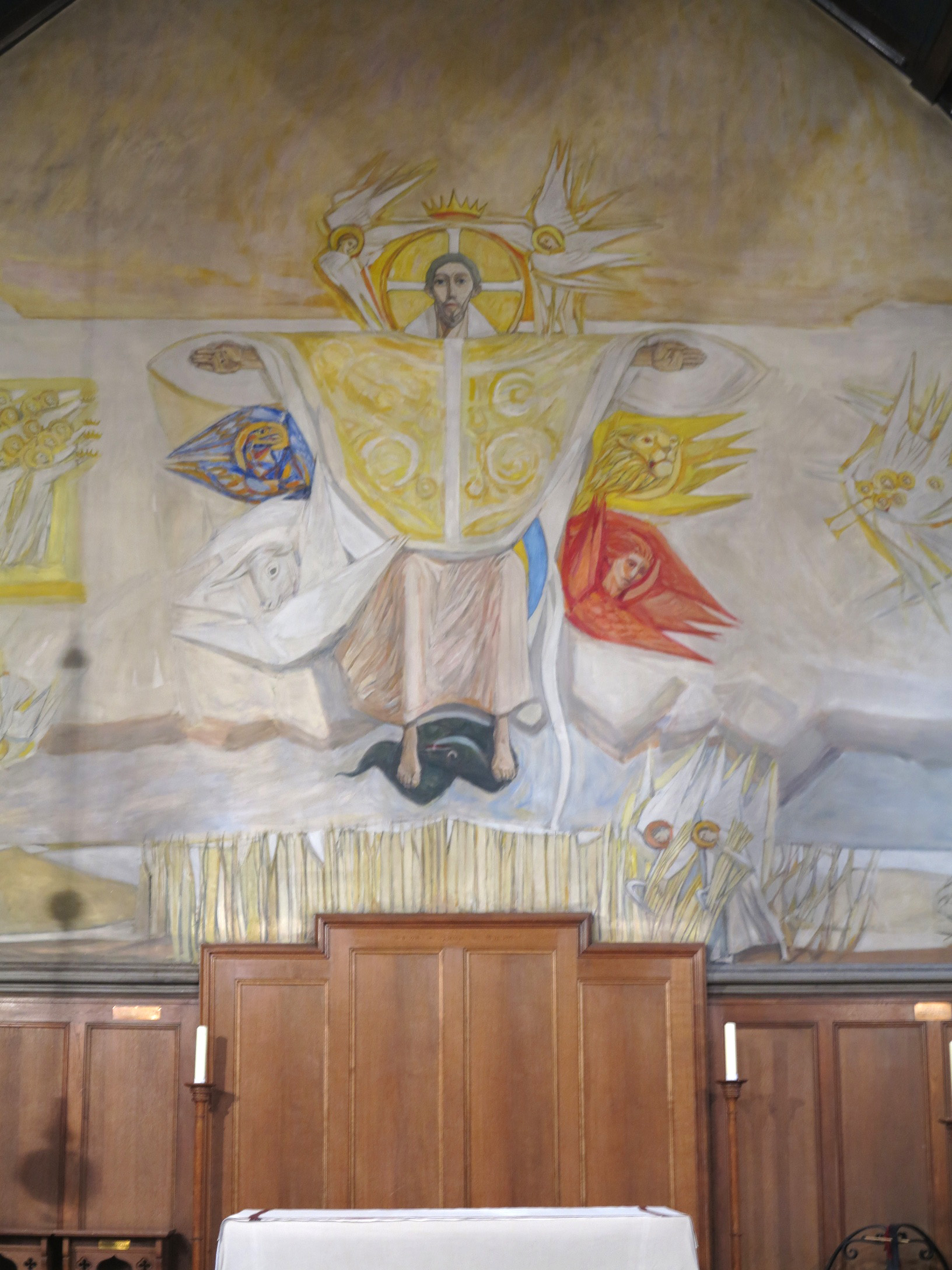 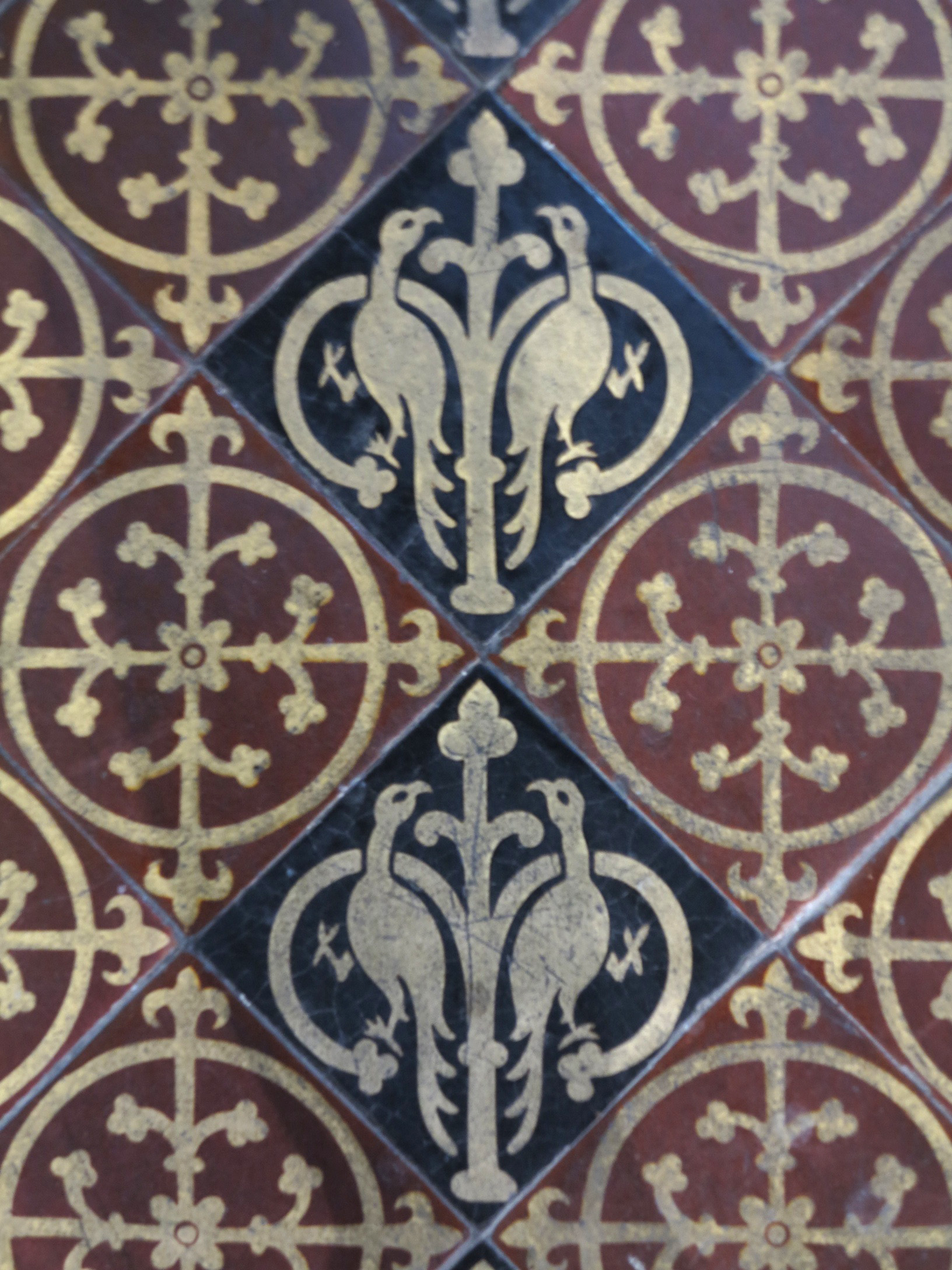 Further refurbishment was carried out in the 1990s, when a lift was installed to replace a steep hundred-year old wooden stair down from the church to the hall, and new offices and meeting spaces created. We are able to offer some of our rooms for rent and give preference to community groups. At present our long-term tenants are VOCAL, a charity which provides advice and support for Carers. Each Summer our hall is transformed into a Fringe theatre venue and at other times is used by many community groups for meetings and activities. It is also an excellent space for parties and receptions.

In 2002 the congregations of St. Columba’s and two other local churches, Augustine United and Greyfriars Parish Church covenanted together to work together to ‘establish a united and positive Christian presence in the Centre of Edinburgh’. Our clergy work closely together and the three congregations have a number of combined services each year, join in study, and work together to support the Grassmarket Mission, the Greyfriars Community Project and currently also a Food Bank.

Other places in this section

St. Columba's in 1953 before and after the removal of the rood screen 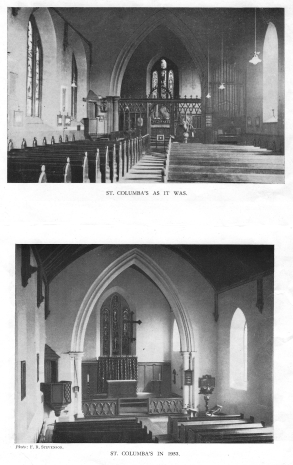 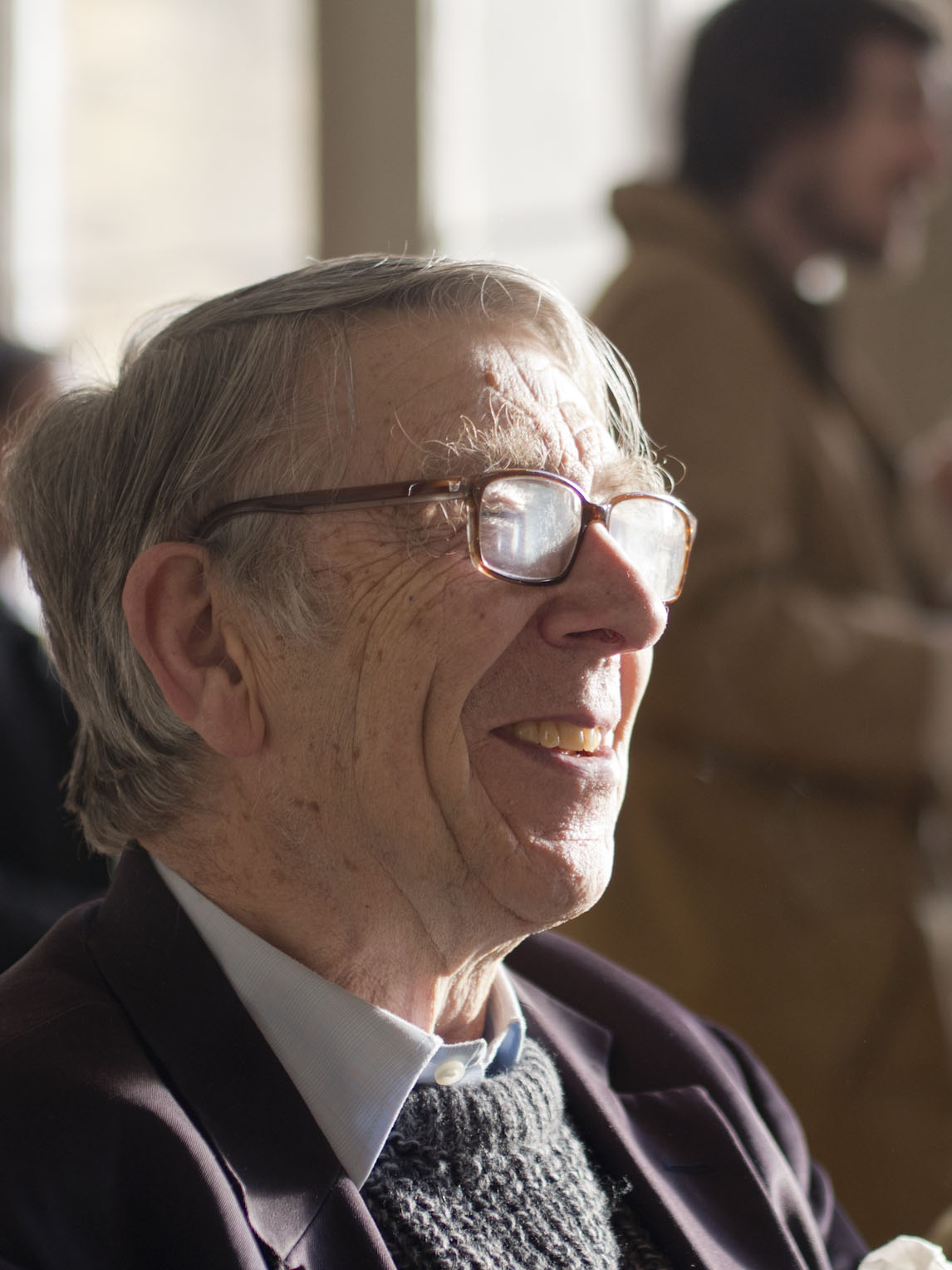